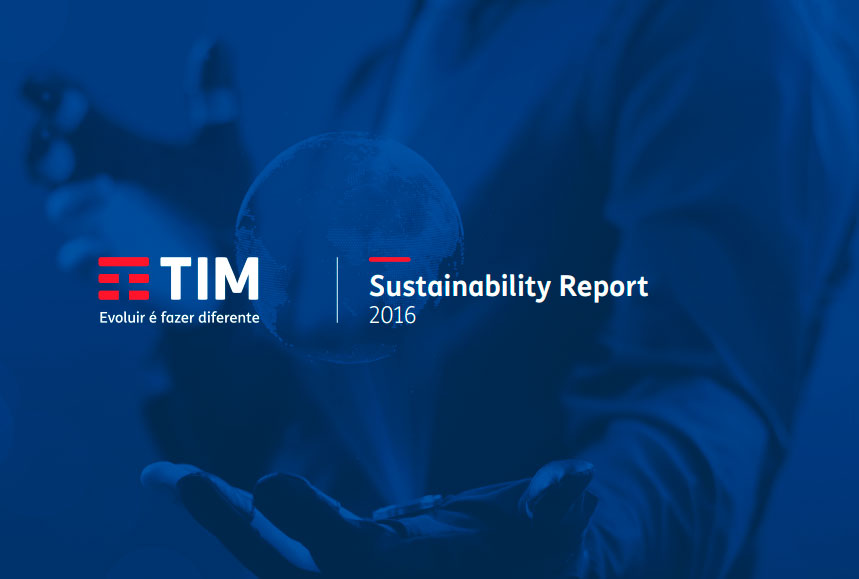 TIM Participações S.A. is a holding company, with shares traded on the São Paulo Stock Exchange (B3) and on the New York Stock Exchange – NYSE. TIM is the only company in the telecommunications industry listed on B3’s “Novo Mercado,” recognized for requiring the highest level of corporate governance.

At the end of 2016, the company secured its position within the select group of companies that integrate the Corporate Sustainability Index (ISE), as the only company in the telecommunications industry listed in the index for nine consecutive years. In 2014, TIM established the Statutory Audit Committee according to the Company’s Bylaws, with a view to further improve its governance processes.

In May 2016, the Board of Directors appointed economist Stefano De Angelis as the new chairman of TIM Brazil. De Angelis’ experience working for the Telecom Italia Group spans 20 years, formerly serving as CFO (Chief Financial Officer) at TIM Brazil (2004 to 2007), Director of Planning and Control (2007 to 2013) and Commercial Director at Telecom Italia S.p.A (2007 to 2013), and chairman of Telecom Argentina between 2013 and 2014.

Controlled by TIM Brasil Serviços e Participações S.A., TIM Participações is a subsidiary of Telecom Italia group, sharing experiences and adopting a policy of good practices with the parent company to build up synergies that benefit both its operations and customers. The company operates in mobile telephony, fixed telephony and data transmission across the Brazilian territory,
through the subsidiaries TIM Celular S.A. and Intelig.

TIM provides the benchmark for ultra-broadband services with TIM LIVE, covering the metropolitan areas of the states of Rio de Janeiro and São Paulo. Based in Rio de Janeiro, the company employs 10.4 thousand people in all regions of Brazil, and is at the forefront of 4G coverage, reaching 1,255 cities, twice as many locations compared to the second placed operator.

Keeping its commitment to a long-term vision and to improving customer experience, TIM invested 29% of its total revenue in infrastructure, which amounted to BRL 4.5 billion.

The macroeconomic scenario in 2016 remained relatively challenging, with high unemployment rates and contraction of the gross domestic product (GDP). We achieved BRL 22.7 billion in gross revenue, with an annual negative variation of 11.7%. Our net equity was BRL 17.2 billion while current and non-current loans amounted to BRL 1.1 billion and BRL 5.6 billion, respectively.

This is TIM’s ninth sustainability report, developed according to the guidelines of the Global Reporting Initiative (GRI), version G4, Core option. For the period of 2016 (January 1 to December 31), the reporting of indicators comprises activities of TIM Participações S.A. in Brazil, including its two subsidiaries – TIM Celular S.A. and Intelig Telecomunicações Ltda., fulfilling the company’s commitment to disclose its economic, social and environmental goals and results to society.

This report describes the performance of 47 indicators in 2016 and the historical series of the previous two years, where applicable and for comparisons purposes. The last report, relating to 2015 and published in 2016, contained the same number of indicators.

TIM believes that companies must play a major role in protecting human rights, and had been committed to the subject long before joining the UN’s Global Compact in In 2015, the operator reiterated this commitment by joining the Human Rights Working Group organized by the
Global Compact Network Brazil.

For TIM, the concept of human rights means respecting and ensuring non-violation of internationally recognized rights that go beyond the common understanding of workers’ rights and non-discrimination. On a broader scale, it also comprises data privacy, internet security, access to
information, freedom of speech, among others.

Its actions are aligned with internal rules governing the subject, such as Telecom Italia group’s Human rights policy, TIM’s Code of Ethics and Conduct, the Social Responsibility Policy as well as the Policy for Relations with Suppliers in a TIM Purchasing Process.

Internal monitoring and control of respect to human rights is performed through the human rights due diligence process, improved by the company on an ongoing basis. This process comprises assessment of impacts, integration and action, monitoring, communication and
reporting, among other steps. TIM also applies the UN Guiding Principles on Business and Human Rights, also known as John Ruggie’s Principles, in addition to adopting German Global Compact Network’s guidebooks2.

TIM adopted the Organizational Capacity Questionnaire Assessment Instrument (OCAI) developed by the German Global Compact Network, carrying out a selfassessment to identify its level of engagement with human rights issues.

On a 1 to 6 scale of engagement, ranging from “unaccountable” to “promoter of human rights,” the
company reached the average score of 3.2 in the last assessment, held in 2015. One of the weaknesses identified was the lack of a specific policy on Human Rights.

In parallel, the Telecom Italia Group launched its Human Rights Policy in 2016, aimed at addressing the human rights issue as a key requirement for all activities carried out by TIM.

Its principles applies to all Telecom Italia Group employees.

In 2016, TIM attended the Due diligence training on Human Rights organized by Global Compact Working Group as well as the Free Conference on Business and Human Rights for development of public policies on these subjects in Brazil. As a result of this meeting, several proposals and motions were approved by the attending companies, which initially identified 15 aspects with potential impacts on human rights related to the telecommunication industry.

• Work conditions in the supply chain
• Customer and employee data privacy and security
• Adult content and sexual exploitation of children and teenagers
• Discrimination in the workplace and in the selection process.

Among the people most vulnerable to these impacts, we identified children and adolescents, women, the elderly and people with disabilities. 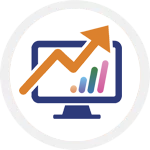